The 2013 HCVS London to Brighton Run 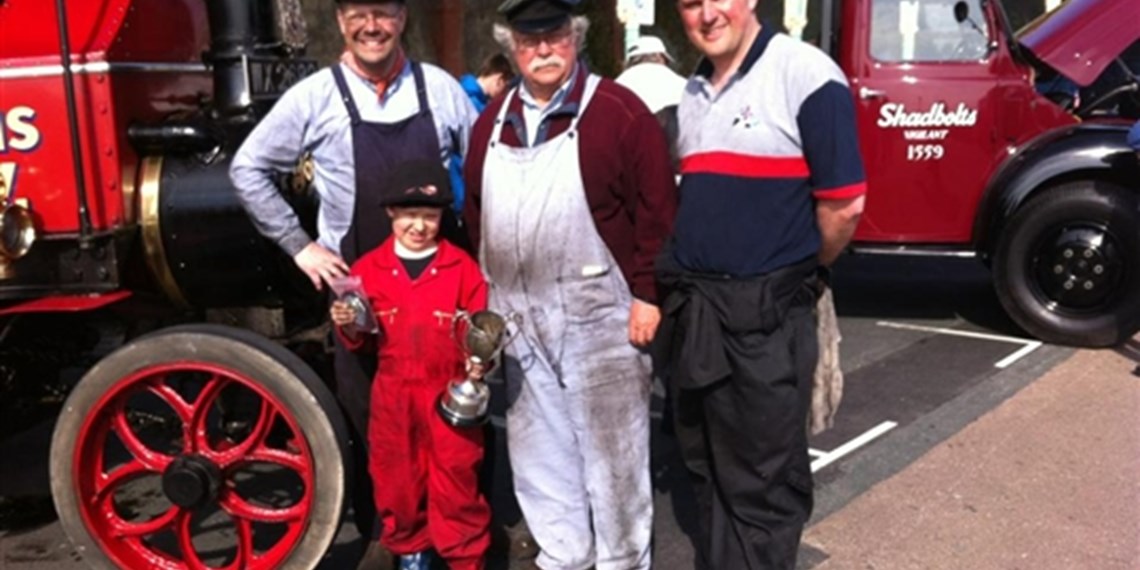 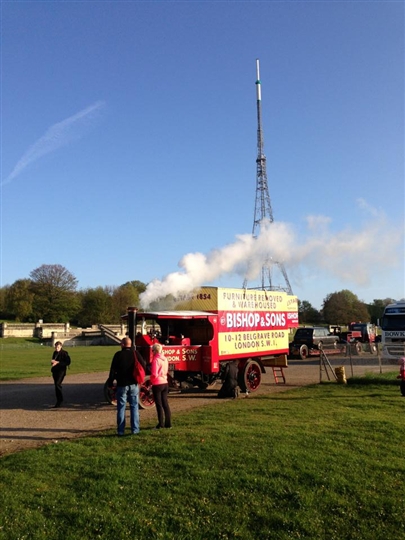 On Sunday 4th May, the Bishop's Move historic Foden steam wagon joined other commercial vehicle participants on the 52nd Annual HCVS London to Brighton Run. The engine travelled under its own steam throughout the whole process from travelling to the start the day before, participating on the day, and then returning home, a total distance of more than 120+ miles!

The start of the London to Brighton Run was Crystal Palace in South London. The steam engine travelled to the start on the Saturday afternoon from Surrey, and was made ready for the early Sunday morning start. At 5am(!) on Sunday morning, an oily rag was lit and placed on the kindling within the fire grate of the boiler, within a couple of minutes, coal was added, and over a period of 90 or so minutes, the fire was built up with coal to a working operating pressure of 230lbs.

At 7am, the engine and crew were ready. We travelled to the start line within Crystal Palace park and at 7:20am we were off!

Gareth Jones, the Foden's owner, was in the driving seat with Ian Jones and our very own Neil Bishop (Business Development Director) acting as Firemen and crew.

Around 9:15am we had travelled just south of Redhill where the engine needed water and a refuel of coal.15 minutes later, the engine was replenished and we were off again to Brighton. The Foden didn't stop at the organised halfway halt in Crawley, as this damages the fire and can make the second half of the journey a little more troublesome for both the fireman and driver. But it did need another water stop in Burgess Hill around 10:45. From there it was up a very steep hill known as Jack and Jill (named after the local windmills) - which was a little hairy - and then down in to Brighton. The journey in to Brighton sadly had the usual traffic jams thanks to the hot weather, but we still managed to arrive at our final destination on Madeira Drive, Brighton on time - crossing the finish line at 11:54!

While on the seafront, judging took place on all the vehicles, and the Bishop's Move Foden won "Best in Class" within the steam section. This was partly because we were the only Steam engine on the run which was in steam, another Traction Engine did take part, but this was on a mid 60's low loader. However - a win is win!

After a nice afternoon in the sun, a new fire was laid and pressure was built up to allow the engine to make its journey home just after 5pm. Two and a bit hours later, the engine got back, safe and sound, for a much needed rest and clean.

All in all, an enjoyable trip for the engine and crew. Perhaps next year, there will be more steam engine's taking part?