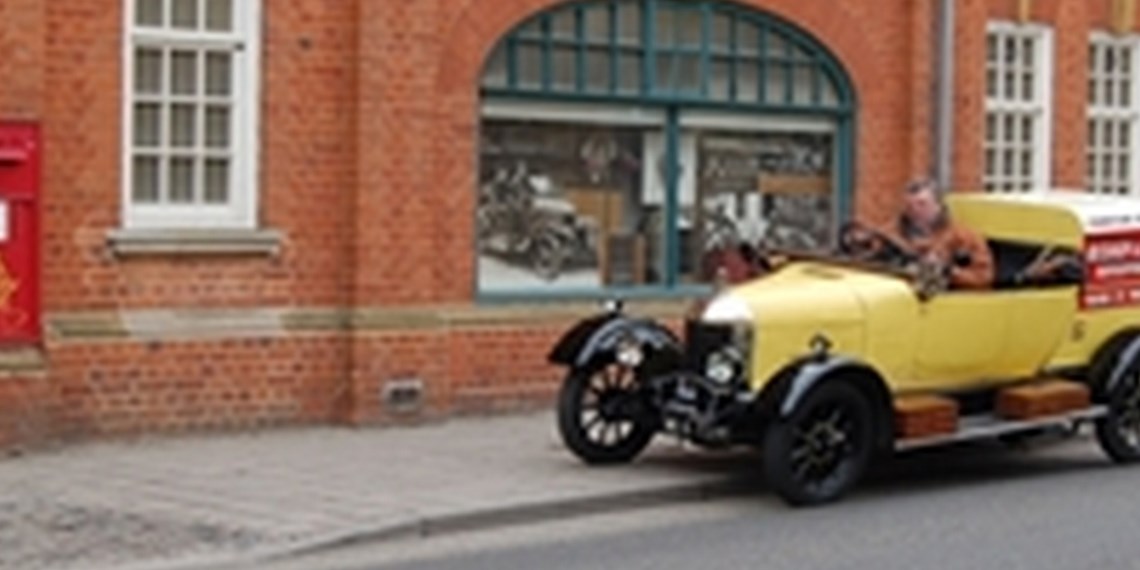 Bishop’s Move Oxford, part of the Bishop’s Move Group - the UK’s largest family owned removal company -took to the road in its Bullnose Morris as part of the Centenary Cavalcade and Display in Oxford to help celebrate 100-years of motor manufacture at Cowley. The Cavalcade of 40 Oxford built vehicles travelled from the MINI Plant Oxford to Broad Street to form a static display for the day with Bishop’s Move’s Bullnose Morris turning heads as the only commercial Morris in attendance.

Bishop’s Move Chairman, Roger Bishop, took control of the vintage commercial travellers van, which was built in 1924 and was originally used by the company's sales representatives - an early version of a company car – and was also was used as a mechanics van. In fact, Bishop’s Move was originally based in Botley Road and the Bullnose Morris vehicle is now the only one of its kind left in the world.

The involvement of Bishop’s Move Oxford at the event coincides with the branches’ 75th year in the area.

The Oxford removals and storage branch currently employs 15 members of staff and has previously handled high profile relocations including that of the Bishop of Oxford and the Bishop of Westminster. The company has also been responsible for handling various moves for Oxford University, most recently relocating its School of Economics.

The significance of Cowley is that it has produced over 11 million vehicles, employed tens of thousands of people and currently employs 4000 people, producing the very successful MINI. While Oxford has produced a great variety of various Morris models many other great marques including Austin-Healey, MG, Wolseley, Riley, Austin, Mini, Vanden Plas, Princess, Triumph, Rover, Honda, and Sterling have also been produced
at the factory.

Roger Bishop, Bishop’s Move Chairman, comments: "As a family run company that was founded in 1854 and is now in its sixth generation of Bishop's, our foundation is built upon history and heritage. Our Bullnose Morris is an important part of this and serves as a reminder of our roots and what we have achieved throughout our history. It was an honour to be part of such a significant event which heralds a wonderful moment in the history of Cowley."

You can see photos of the other vehicles involved on this historic run on the Centenary Cavalcade & Display Facebook page.