Top 5 Places to Live in Europe after Brexit 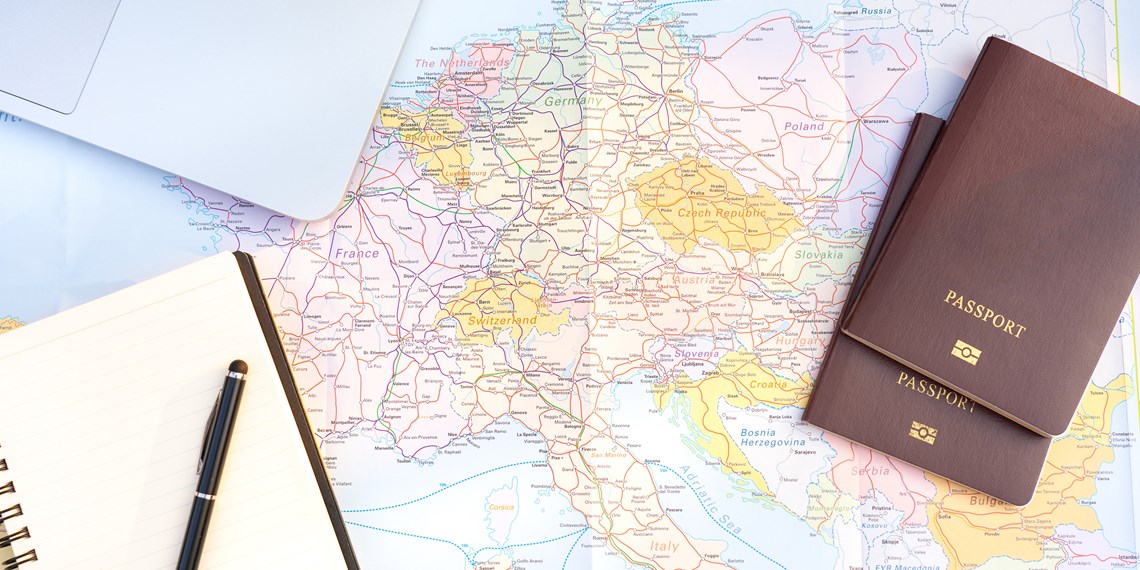 A no-deal Brexit is becoming a steadily more and more likely scenario, which may threaten your business or plans to move overseas.

There is currently an agreement for a transition period, which will maintain our EU rights until December 2020. As part of this, if you prove that you are a legal resident in an EU country, you will be considered ‘settled’ and can keep your right to live, work, study, or run a business in that country. However, you will not have the right to free movement, so you may want to move before 31st October 2019.

If you’re looking at moving to a country in the EU before that deadline, whether for work or for your family, then here is a list of some countries that you should consider.

France has been building up its reputation for immigration, working towards making it easier for Brits to get long-term visas. They are trying to attract both the student and professional crowds with English classes in their universities and a global advertising campaign to attract international students. They’ve also offered tax breaks to bankers, so they are enticed to move.

A strong proportion (roughly 40%) of the French speak English, so you won’t have too much trouble communicating, especially in the cities. The WHO rate French healthcare as No. 1 in the world, so this will be an improvement from the NHS. There is a decent selection of international schools, if that’s what you choose for your children.

Before you jump on the major hubs, consider moving to the countryside, where everything closes for two hours at midday, the price of housing is low, and the focus is on a small and close community.

If that’s not for you, the cities offer excellent public transport, plenty of culture and a thriving atmosphere. While Paris is a popular option, it can been difficult to move to due to its high expense and busier lifestyle, as there are many other cities that offer excellent quality of life.

Nice has a strong British community that you could join, and Rennes has a strong student population, with brilliant nightlife and architecture. Montpellier is filled with history and Dordogne has a strong food and wine culture. Marseille has an incredibly low cost of living and Lyon is a UNESCO World Heritage site with great food.

Portugal, like Spain, is often sought after due to its amazing climate, beautiful landscapes, and friendly people. They also have very good visas options, such as their Golden Visa deal, which provides a long-term visa. Read more here: https://www.goldenvisas.com/portugal. There are plenty of other visa deals if you don’t qualify for that one, and most are incredibly beneficial for expats.

It is also relatively cheap to live in Portugal, with low living costs and decent prices for property. Whilst they don’t have the strongest economy due to their recent recession, the government is trying to attract over 75,000 working residents for a stable working population.

However, most living costs (except for accommodation in Lisbon) are incredibly affordable, and even there accommodation is cheaper than other places in Europe. It is also easy to get around, whether by foot or with the good public transport and infrastructure.

Portugal also has a thriving and delicious culture, with amazing food, whether local or international, and amazing architecture and history. It’s also a good base to explore from, whether to go back to the UK, or to visit Spain or Africa.

You also don’t need to worry about quickly learning the language, because there’s not much of a language barrier with many people speaking English. Some of the menus that you get in restaurants are often in English as well.

Spain has always been popular for UK expats, with a strong and beautiful culture, fantastic weather, a good cost of living and decent employment opportunities. Due to the strong British culture in pockets across the country, there is an infrastructure that will make it easy for you to settle in.

Whilst fewer people speak English (around 22%), there are more British communities, so you may not need to learn much Spanish at all. You probably should though, and as one of the simplest European languages, it's one that most people pick up pretty easily. They also have amazing healthcare and have created a new law (Law to Support Entrepreneurs and their Internationalization) for long-term visas. This is also bolstered by their rapidly growing economy, with plenty of new jobs and opportunities for you.

Spain also has a slower pace of life than the major cities of the UK, with the siesta still a strong cultural tradition, seeing rural stores close between 2 and 5 pm. If you prefer something faster, then you can also enjoy the amazing nightlife.

Whilst the general cost of living is nearly 20% cheaper than living in the UK, some areas are much more expensive. City centres will be near impossible to find a place to live in, though is still cheaper than living in central London. Madrid is good for its strong economy and job opportunities; Alicante is gorgeous and much cheaper. San Sebastian is more expensive than Madrid but has a very high quality of life. Malaga is the favourite of retirees, with gorgeous weather, infrastructure, and cheap living costs.

Like most of these other options, the Netherlands has easy access back to the UK, and feels a lot like home, but with less crime and lower costs. They also speak incredible English, where it’s considered the main business language, and most Dutch people will speak confidently in both languages.

If you’re moving with a family, a 2013 UNICEF finding showed that Dutch children were the happiest in the world. This may be in part due to the healthy lifestyles that everyone seems to have, despite the very heavy or oily (and delicious) snacks! Cycling is also a huge part of life in the Netherlands, which can make for a slower pace of life.

Accommodation is roughly the same as the UK, but there is often more choice and often guaranteed to be of a good standard. The culture may take a little getting used, but then it’s hard to go back, due to their liberal and straight-forward approach to life, where breaking the rules is frowned upon, but those rules apply to everyone equally. Education, healthcare and employment opportunities are all brilliant, with strong environmental conscientiousness and cultural diversity.

Germany is highly recommended due to their incredibly strong economy and opportunities for employment. Read our article here for the best German cities for start-ups, and they are trying to attract skilled international workers to fill their many vacant positions. As part of this, they are relaxing non-EU immigration policies, which will include Britain.

A lot of British companies are also moving to Germany to take advantage of their economy and opportunities, so the rate of employment isn’t at risk of collapsing. Berlin is becoming an international replacement for London in a lot of different sectors, especially for start-ups.

Berlin is popular, with strong architecture and culture, though is expectedly expensive. Dusseldorf has amazing quality of life and infrastructure; Hamburg has a lot of living space and is the second largest city in Germany. Munich is expensive but has an excellent quality of life.

Admittedly, this order can change depending on what you’re after, whether that be work or cost of living, but use this guide as a starting point before you get moving!

If you’re planning on moving internationally, then consider contacting us for information and a quote. Read more on our services here: https://www.bishopsmove.com/international-removals/