5 Things you Should Know before Moving to Japan

Japan celebrates it's National Foundation today, the 11th February - a public holiday that celebrates the day when their first Emperor, Emperor Jimmu, ascended to the throne. The holiday was originally abolished during the Second World War due to it's imperial references, but was re-instated in 1966 as day to celebrate patriotism and the love of Japan as a nation. This slightly controversial rift between tradition and patriotism seems to be a underlying factor in many aspects of life in this beautiful country - so here are five things that you should know before moving to Japan: 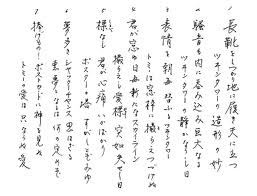 1. Learn The Language
Japanese can be a difficult language to learn, mainly because of it's complex writing system. However, the basic grammar and sounds can be relatively easy to pick up, as there are only 110 sounds in comparison to our English's 8000+ sounds. Learning the Japanese will really help your day-to-day experience as English is not spoken as much as in European location.

Here are some great language websites that can help you:

Japanese house prices, in comparison to the UK, are relatively cheap (but they are also much smaller in square footage). 2013 has seen house prices starting to rise due to the recent economic policies of Prime Minister Shinzo Abe. The average price of existing detached houses in urban Tokyo is now up by 1.5% to JPY32,130,000* (£191,606).

3. Technology
This is where the contradiction between the traditional and modern nation is the most obvious. It's a fact that Japan is an extremely high-tech nation - you can even purchase a drink from a Google Play vending machine via your smartphone. However in reality, cash is king with very few businesses excepting credit cards. It is strongly suggested to always take more cash than you think you will need with you as ATMs are mainly located inside banks and therefore not accessible 24/7.

Another stark contrast can be seen inside your home. Whilst the technology in your bathroom might be the equivalent to that of the Starship Enterprise, Japanese houses have traditionally been built to let the air flow through them in the summer time, with NO central heating. This is important with temperatures reach 80-90 degrees, however, it can make them very cold in the winter, so buying electric heaters might be a priority depending on the time of year that you move to Japan.

Access to the internet is also limited. There are very few public Wi-Fi access points and therefore it is advisable to set up a good internet connection at home to avoid spending too much of your cash in Internet cafes.

4. Health Care
Japanese health care is extremely good. The life expectancy of someone born and living in Japan is generally into their 80s which is the longest in the world. However, it is worth knowing that Japanese hospitals tend to be only open 9am to 6pm during the week only, with many being closed at weekends - so try to avoid having an accident on a Saturday or Sunday. Whilst the government sets the fees for health care services and hospitals run as non-profit organisations, you will have to pay for personal medical services (with cash) or use health insurance. 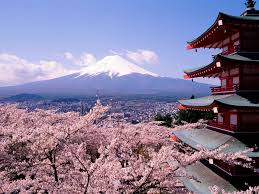 5. What Weather to Expect
Japan is an island nation with a similar land mass to the UK. It has 4 distinctive seasons with Spring being symbolised by it's beautiful cherry blossoms, which are available to view when flowering (an event called Hanami) at many of Japan's World Heritage sites. A typical Japanese Summer is very hot and humid, with temperatures reaching 30 to 35 degrees Celsius. The humidity can cause the "rainy season" of Summer between the middle of June and the middle of July. Autumn is inline with our own, being the months of September, October and November and is quite comfortable temperature-wise. Whilst Winter sees snow falling in the North and mountain areas.

Moving to Japan
Moving house to Japan will require deep sea shipping. There are weekly container services to Kobe, Osaka, Nagoya and Yokohama ports and the transit time is approximately 34/40 days from UK port to arrival.

Bishop's Move have plenty of experience in relocating individuals and families to Japan. We can help and advise on all aspects of moving to Japan, from the correct export packing and wrapping to useful advice - such as avoiding sending containers direct to Tokyo as the customs authorities are very strict regarding the import of Household Effects and can apply additional charges. We therefore recommend our Tokyo customers to use the nearby port of Yokohama instead.

Moving to Japan will be an exciting adventure - the country has spectacular scenery, varying from beaches to mountains. 2020 will see Tokyo hosting the Summer Olympic Games, which follows their last Olympic event at Nagano for the 1998 Winter Olympic Games. You can find out more at The Japan National Tourism Organisation website.