Running the Brighton Marathon in Memory of Former Colleague 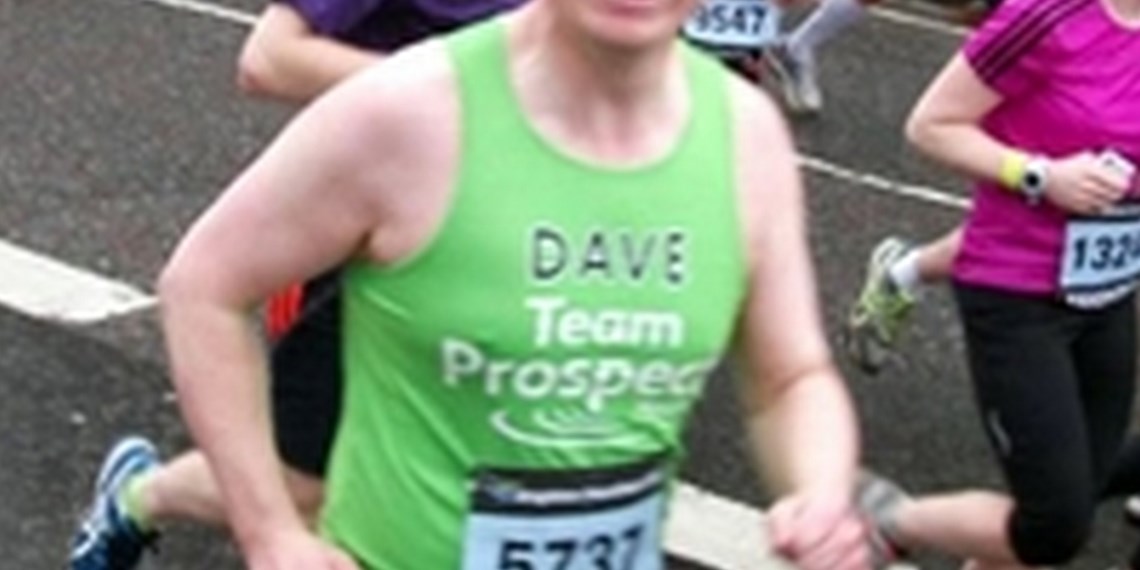 David Guiel, our General Manager based in Portsmouth, completed the Brighton Marathon in 4hrs 16mins. This fundraising event took place on Sunday April 14th and David raised £380 for Prospect Hospice in memory of his former colleague, Shelly Chamberlain. Shelley, who was based in Swindon, passed away aged just 42 in October 2012 after she was cared for at the Hospice after being diagnosed with breast cancer.

This isn’t the first fundraising event to take place to raise money in memory of Shelley. A Valentine’s Ball in February organised by her two children, Simone and Bryce, at Isambard Community School raised more than £5,000 for Prospect Hospice. The event saw 14-year-old Simone take to the stage to sing Skyfall, as well as entertainment which was provided by the Nathan Jones Allstars Jazz Band.

David is no stranger to running marathons. He has completed several Brighton Half-Marathons and raised over £1,500 for the Early Birth Association in the process. David has also participated in various London and Brighton Marathons to raise money for the Evelina Children’s Hospital at Guys and St. Thomas’s Hospital - who saved his daughter’s life after she was given just a five per cent chance of survival at birth.

David comments: "I’m certainly no stranger to running for charity and I considered it an honour taking into account whose memory I’m running for. Shelley was a one of a kind and her husband Lee wanted this to be a cause to remember her by. I thought of her throughout the run and that gave me added incentive and determination. I crossed the finish line with mixed emotions of happiness, relief, sombreness and grief. She will live long in the memory of everyone at Bishop’s Move."

Chris Marshall, Marketing Director Bishop’s Move comments: "As always, we are immensely proud of David and what he has achieved by raising money for various charities. Shelley was an inspiration to us all so it’s fitting that David, who also inspires us through his drive and determination at each marathon, has completed the 26.2 miles to help raise money for Prospect Hospice. Everyone at Bishop’s Move would like to congratulate him and such a wonderful achievement."
Donations are still open and if you would like to support David’s good cause then please visit :