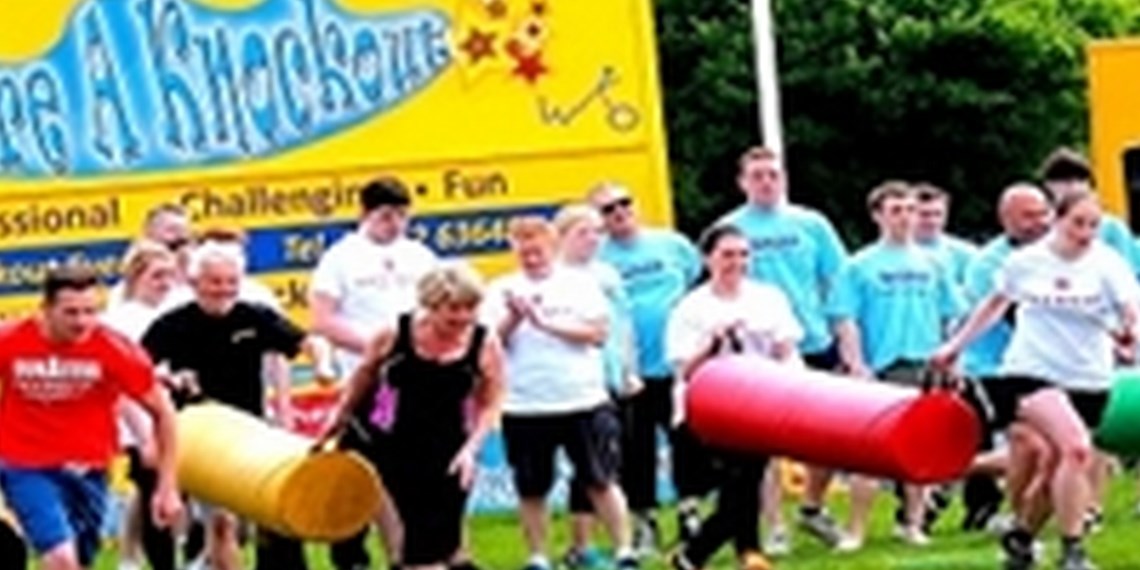 Staff members at Bishop's Move's Luton-based removals branch have recently competed in an ‘It’s a knockout’ themed event to raise money for charity. The event, hosted at Rushden Higham Rotary Club raised over £5,000 for charity as contestants splashed, climbed and bounced their way through the day’s events.

Twelve teams participated in the event, held at Rushden & Higham Rugby Club, as Wykes Engineering took the day’s honours and were crowned champions. They were then awarded with their trophies by Princess Diana’s brother, Earl Spencer; a patron of the Cynthia Spencer Hospice which formed part of the event’s organising committee.

Philip Edwards of Bishop's Move Luton comments: “When our local Rotary Club requested teams to help raise money for charity, our staff members were first in the queue. The enthusiasm was so great we entered two teams."

“The whole experience has been great for the staff as they spent an afternoon entertaining the crowds sliding through soap suds; leaping over inflatable walls; and dressing up in penguin suits. It has been one of the best team building exercises we’ve ever done. The atmosphere within the company has been fantastic ever since and we are all gearing up to do it again next year.”