Bishop's Move are proud to be taking part in historic Cowley Centenary Cavalcade in Oxford this Easter Friday (29th March).

Our vintage commercial "travellers" van was built in 1924 and was originally used by the company's sales representatives - an early version of a company car. It also was used as a mechanics van.

The Cavalcade will start at 8.45 am with the "re-enactment" vehicles leaving the MINI Plant Oxford, followed by the main Cavalcade leaving at 9.20/9.30 am. The vehicles will proceed to drive designated the route to Broad Street, where they will park and be on display to the public from about 10.30 am. The event finishes at 4 pm.

This vintage vehicle is not our only longstanding connection with Oxford. Bishop's Move have had a removals and storage branch there since the early 1930s. Originally the depot was in Botley Road (which funnily enough is now a self-store.) and Bishop's Move Oxford is now located just out of town, in Witney. 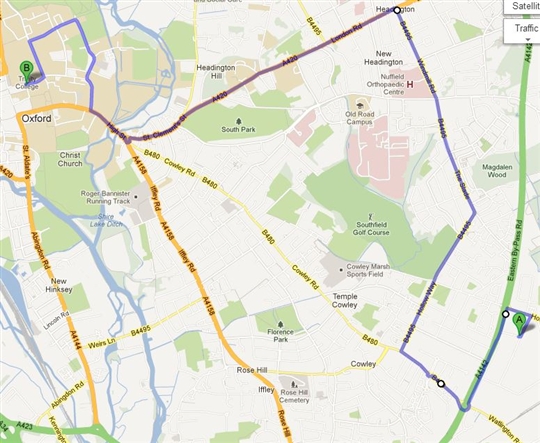 There is also more information about the entrants on the Centenary Cavalcade's own Facebook page.