Bishop's Move Spain feature on the BBC's One Show! 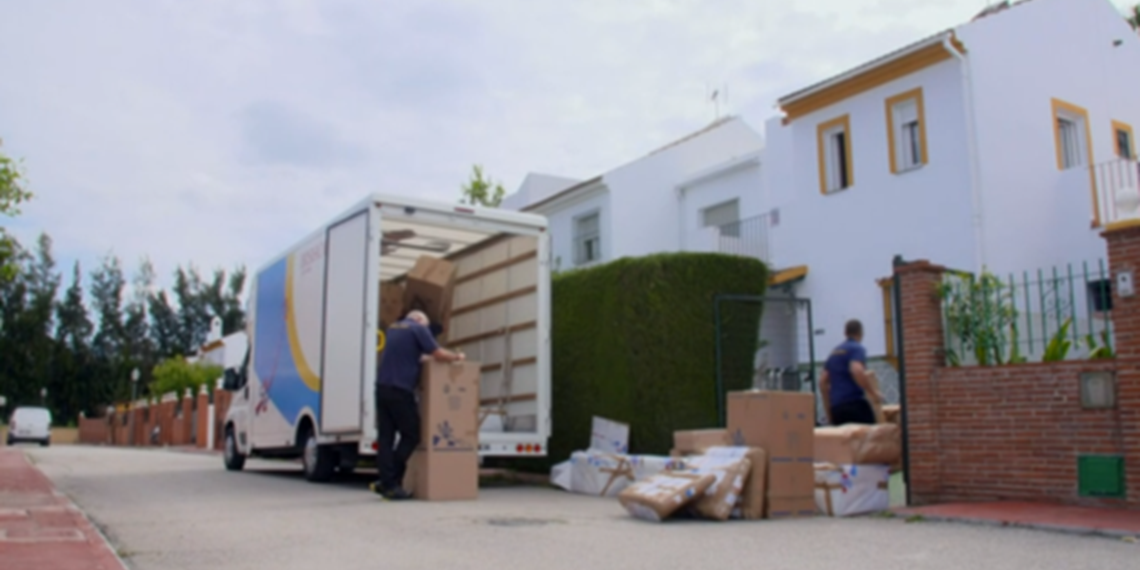 On 29th May, Bishop's Move were featured in a television report about coming home from the Costa's by journalist, Robert Shaw for BBC’s The One Show.

Richard Smith, Bishop’s Move’s Spain Branch Manager and Toni Williams, Assistant Manager were delighted to help and by chance were quoting on several removals for families looking to move back to the UK.

Richard comments: “We were delighted to be able to assist with the filming and that we had the ideal removals in progress that suited the programme’s requirements. We have seen that although Brexit might have been a deciding factor, it isn’t necessarily the main reason for people relocating back to the UK,  but sits alongside healthcare issues and the uncertainty of the exchange rate for which many pensioners rely on this to reside here.”

Bishop’s Move Spanish removal team were filmed in the progress of moving a young family from Spain, back to Dorset in the UK. The short film highlighted the trials and tribulations that some expats in Spain have experience since the Brexit vote and their subsequent decision to move back to the UK.

With branches in Spain and Gibraltar, as well as a dedicated European Relocation department, Bishop's Move are well averse to providing a range of repatriation services, including shipping and storage.