Archbishop of Canterbury-elect moves in with Bishop’s Move 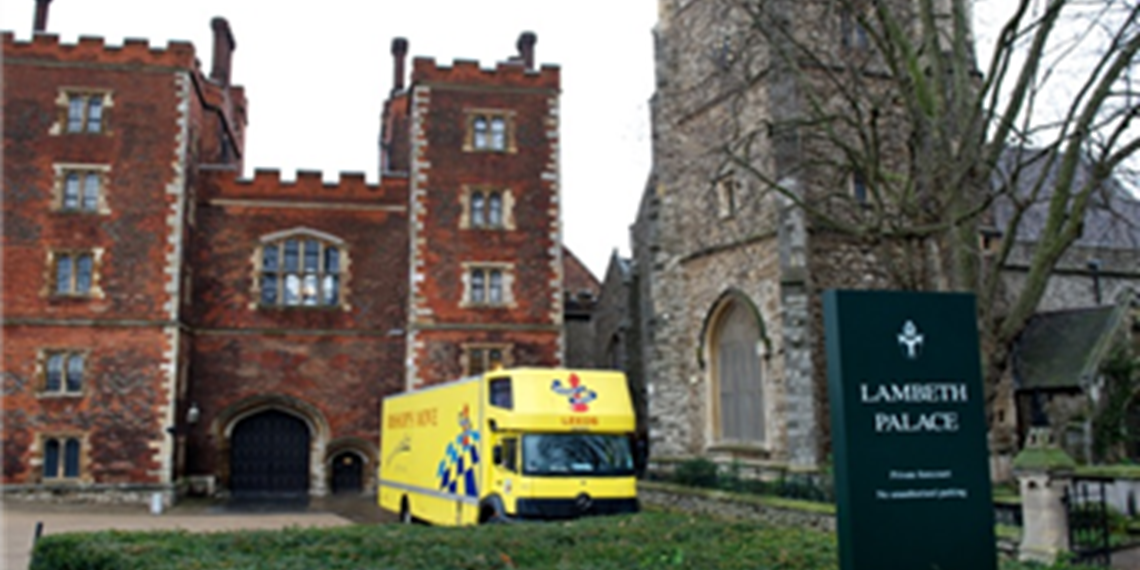 Bishop’s Move, the UK’s largest family owned removals company, has begun work on the relocation process for the Bishop of Durham, Justin Welby, soon to become the new Archbishop of Canterbury. The Bishop’s Move removal men from its York branch attended the Bishop’s residence at Auckland Castle on Monday January 28th to begin work on the move to London’s Lambeth Palace which is expected to take a week to complete.

Overall twelve removal men and four Bishop’s Move vehicles are involved throughout the duration of the move which will involve the careful relocation of the Bishop’s belongings which will include books and literature, furniture, antiques and other general household belongings.

This is the second time in three-years that Bishop’s Move has been responsible for the relocation of the Bishop of Durham. In 2010 the company moved Mr Welby’s predecessor Rt Rev Tom Wright to Fife, Scotland following his retirement. This particular move also included the careful relocation of approximately 10,000 books.

Steve Allen, Bishop’s Move York Branch Manager comments: “We are honoured to have been appointed to handle this prestigious and notable relocation. Located on the South of the Thames on Lambeth Palace Road, Lambeth Palace has been a building of great history and British tradition since the 13th century. It will be a privilege of the removal men and indeed our company to ensure the Bishop of Durham enjoys an easy transition into his residence and play a small part in history.”