Here's to Squeezing in 25 packed years at Bishop's Move! 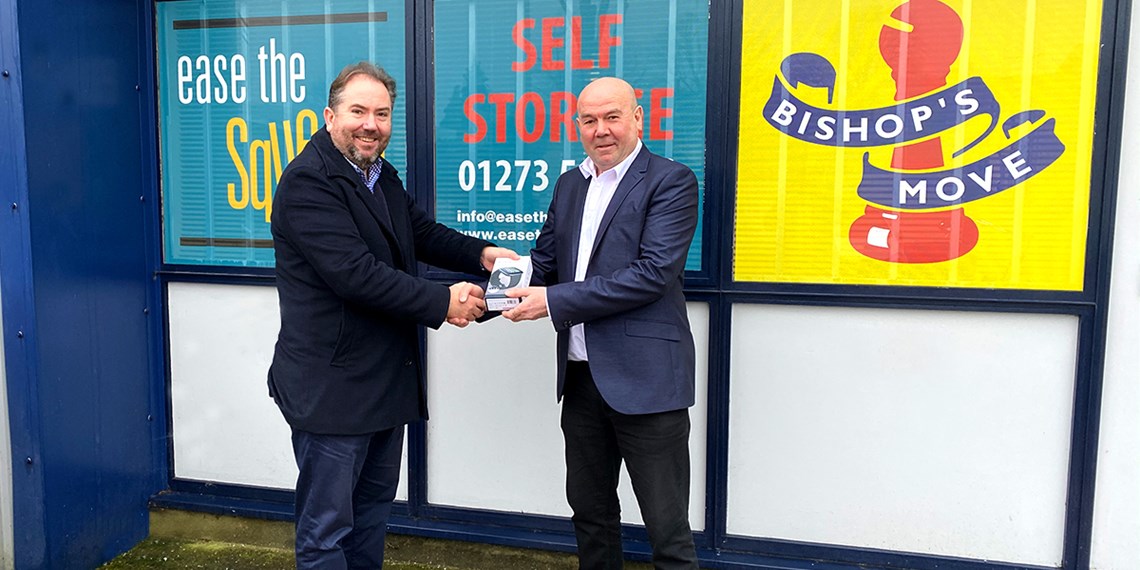 Bob Baines, Ease The Squeeze’s Brighton Self Store Manager, is celebrating his 25th year within the Bishop’s Move Group. Bob started at the company in 1977 working as a non-HGV driver and porter at the Brighton depot, then over the years gaining his HGV licence and working his way up to be appointed General Foreman.

Having to take a short break some years later in 1993, Bob returned the following year and continued his role. In 2003 Bob took up the new challenge of running the self-storage depot in Preston Park, Brighton, even getting involved at the weekends to develop the site building from a conventional storage facility to a modern state of the art facility.  A victim of his own success due to the popularity of the self-store, Bob’s role was to then work to transform and manage the newly developed and branded Ease The Squeeze Brighton self store facility.

Bob Baines, comments, “Having the knowledge of the removal trade behind me is always beneficial when dealing with customers who require storage, particularly in advising customers on the correct size storage unit when moving in. Discounting the temporary break in employment, I’ve worked at Bishop’s Move now for over 41 years and have learnt and seen a thing or two about the removals and storage industry over the years.

I recall one of our customers, a married couple, who rented a storage unit for 3 months, and never once put anything in it as they were waiting to move but it never materialised. They used to come in once a month to view the unit, asking if they could bring in sandwiches and sit inside the unit when visiting – it’s all just part of the customer service and at least they gained some kind of use from the unit.”

Al Bingle, Bishop’s Move’s Managing Director, comments: "We would like to thank Bob Baines for his dedication and loyalty to the company and we wish him continued success for the future."